Skip to Content
This post may contain affiliate links which means I receive a small commission at no cost to you when you make a purchase. As an Amazon Associate, I earn from qualifying purchases.
234 shares

With winter here, I find that nothing is more comforting than coming in after a cold, blustery day to a steaming cup of hot chocolate. And while plain old hot chocolate suits me just fine (yes, even the packaged stuff), this cinnamon hot chocolate is my favorite. And because it’s so good, I wanted to share it with you today! 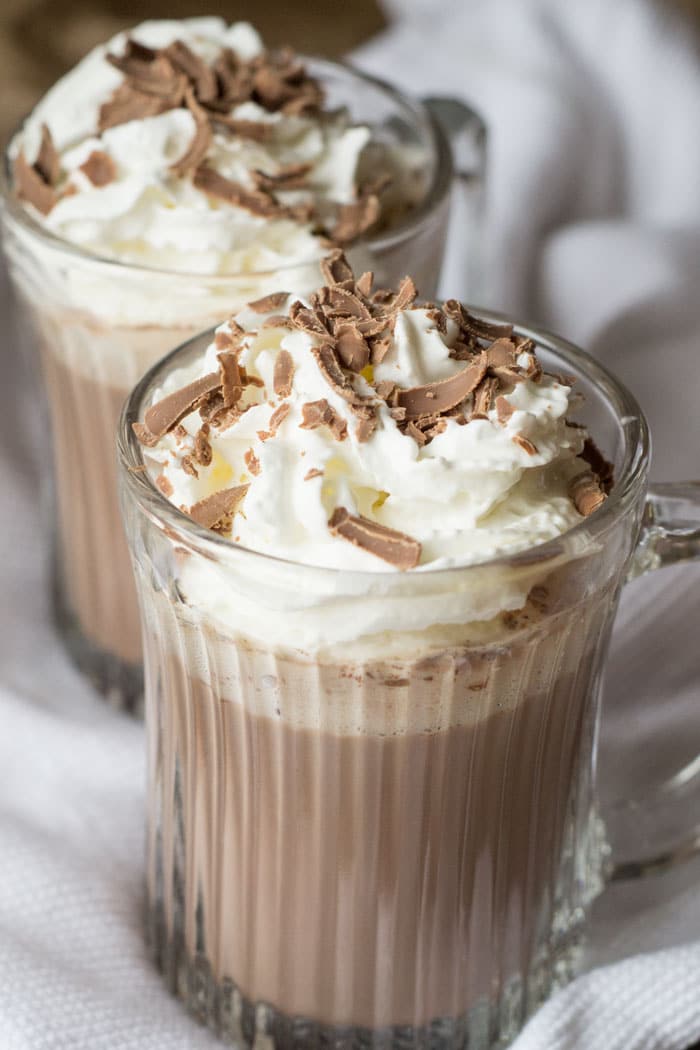 So do me a favor, and imagine that fresh cinnamon is sprinkled on top, and pretty little cinnamon sticks are sticking out of each cup. Okay? 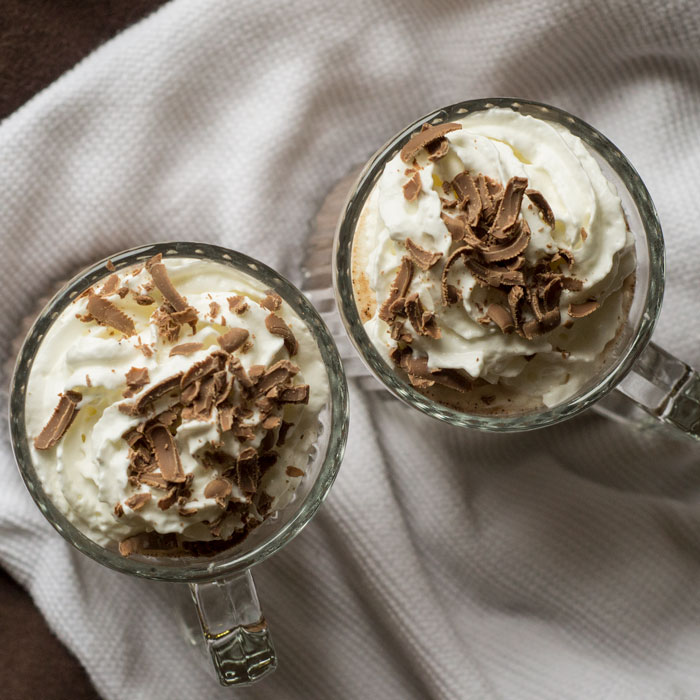 Instead of fresh cinnamon, I used the stuff I already had in my cupboard. Works just fine, I promise. And because we’re still working through our Christmas chocolate, I shaved some chocolate pieces off of a yummy Dove chocolate bar to sprinkle on top. That’s optional, but highly encouraged.

To be honest, I use whipped cream from a can. It’s easier when you have a thirsty, chocoholic son waiting for his cup of cinnamon hot chocolate. But if you want to whip up a batch of homemade whipped cream, that will make this drink even better.

Let’s get to the recipe! This hot chocolate would go great with our Christmas eggnog rolls! 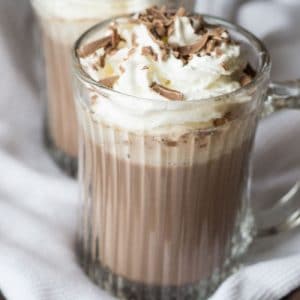 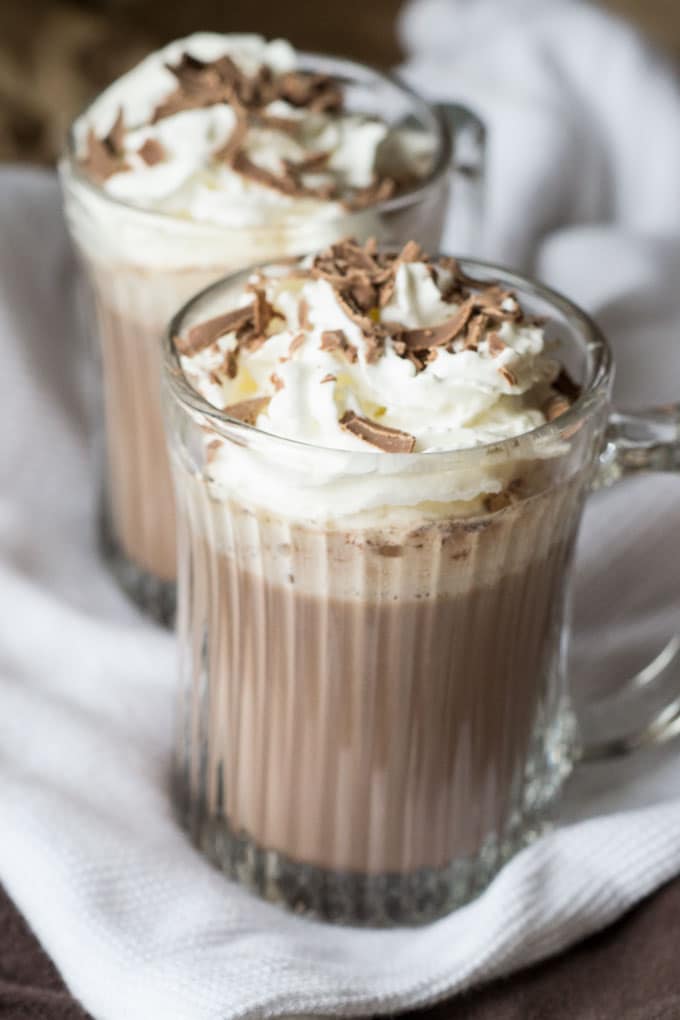 Hope you like this cinnamon hot chocolate. It’s our favorite wintertime drink! For more yummy hot chocolate recipes, check out this post: 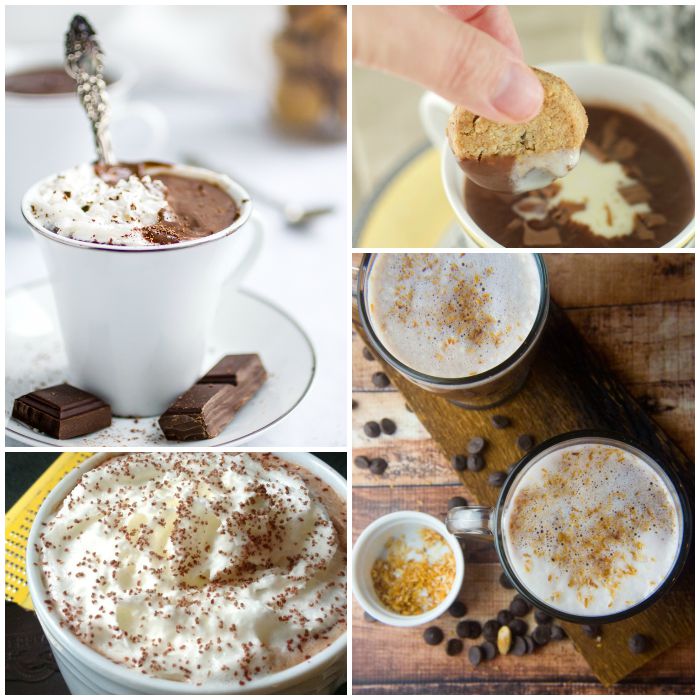