Skip to Content
This post may contain affiliate links which means I receive a small commission at no cost to you when you make a purchase. As an Amazon Associate, I earn from qualifying purchases.
42 shares

Superhero fans will love this Batman elf on the shelf idea! 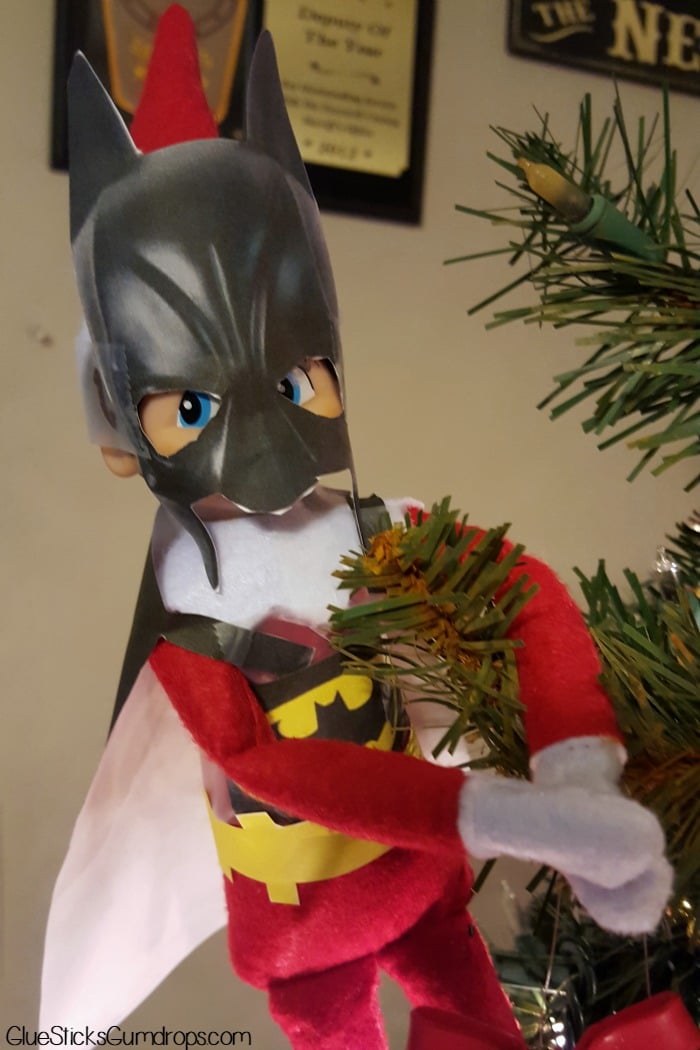 I finally gave in and got the official version of the elf on the shelf. We do have another elf, but since the kiddo has seen her since he was a baby, he didn’t fall for that elf being magic. I have to say, I’m happy that I got it. We read the book twice: once when the elf arrived and again at bedtime. The kiddo was so excited to find out where the elf would be in the morning that he could hardly get to sleep.

Since kiddo is such a fan of superheros, our elf (which the kiddo named Marshall) decided to dress up as Batman.

I found the batman costume here. Pinterest is the only source I can find for this (just click on the image to get the large image that fits the elf perfectly). If this is your design, please let me know so I can credit you! 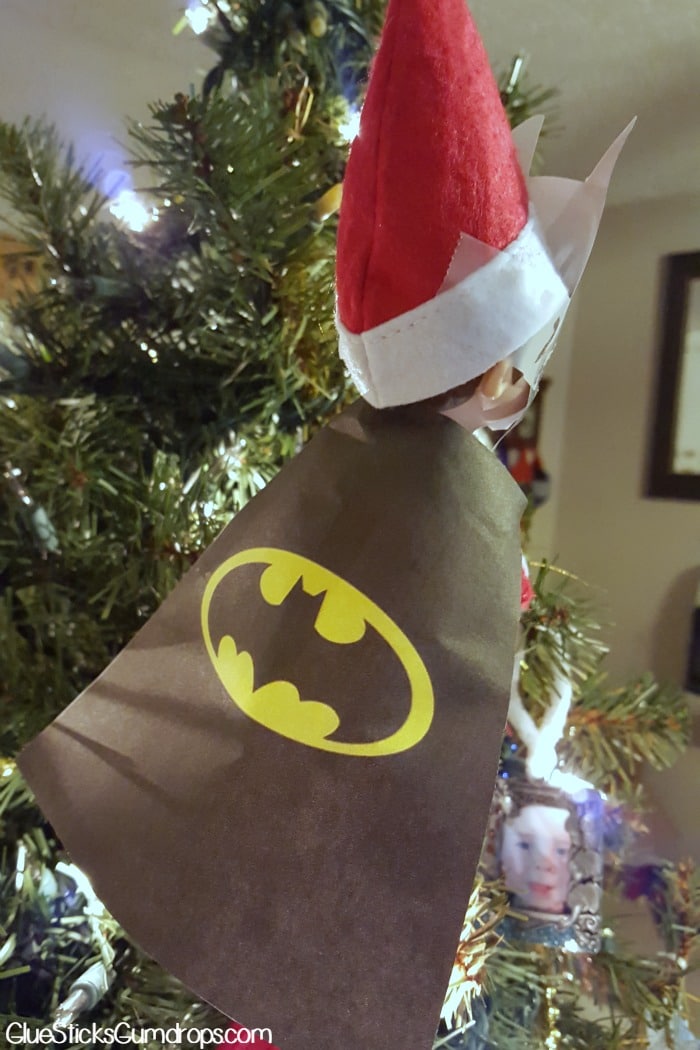 So once our elf donned his batman costume, he gathered some of his superhero friends to join him in the Christmas tree. You only see a few here, but there were about 10. I’ve gotta say, Superman was a little tricky to get up there since he was so large! 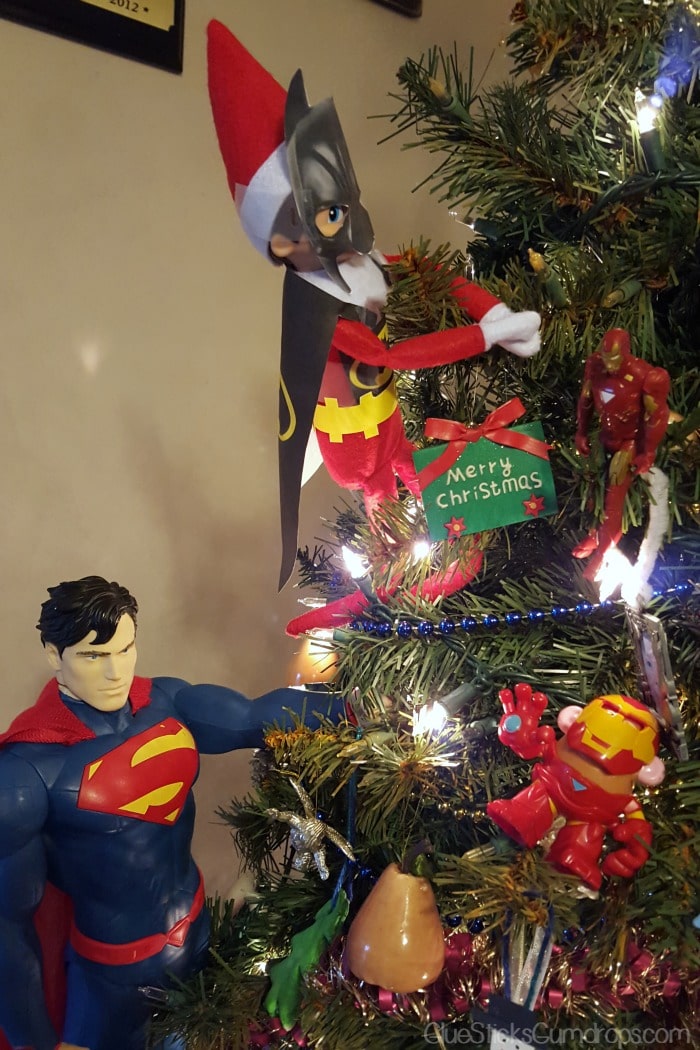 Stay tuned to see the other shenanigans our new elf Marshall gets up to!