Skip to Content
This post may contain affiliate links which means I receive a small commission at no cost to you when you make a purchase. As an Amazon Associate, I earn from qualifying purchases.
21 shares
Jump to Recipe

This festive breakfast (or dessert) is packed with seasonal flavor and topped with granola or muesli for added texture. It’s the perfect way to use up leftover homemade cranberry sauce!

Cranberries just don’t get the credit they deserve. Many of us pull them out for Thanksgiving and Christmas because, well, you can’t have a turkey without cranberry sauce, but what then? Do we forget about them for the rest of the season? Heck, no! Let’s make a festive, fruity breakfast or snack. This cranberry apple parfait combines the delicious flavors of cranberry sauce, cinnamon apples, yogurt, and granola for a yummy treat. 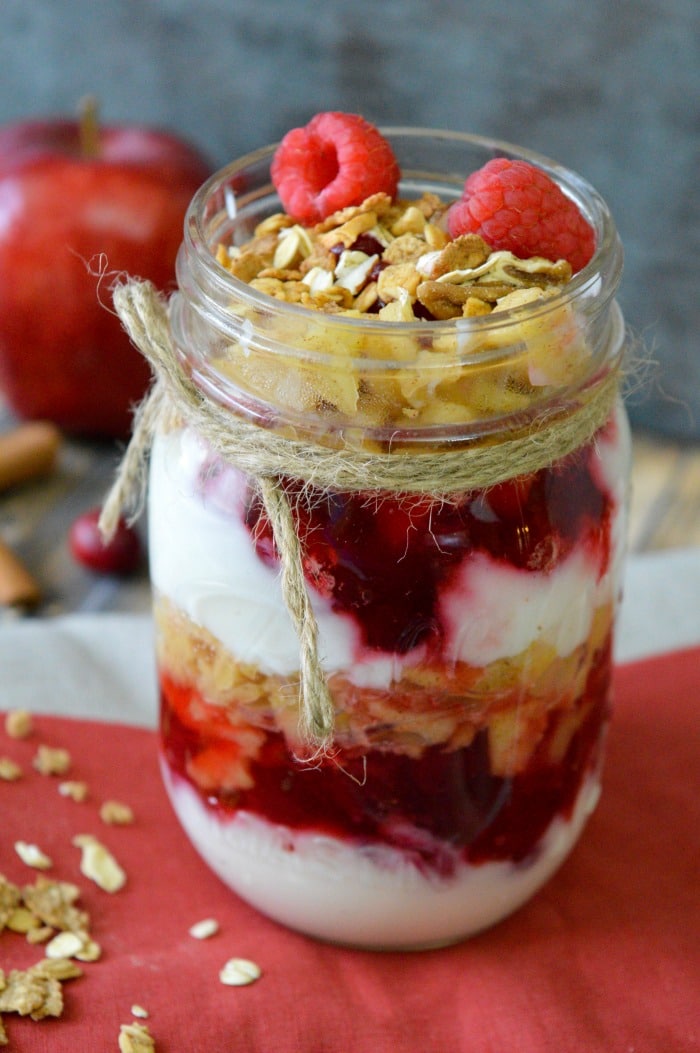 First, I just want to say that you don’t have to go with homemade everything to make this parfait. When you’re in a rush, just use apple pie filling and cranberry sauce from the store. Easy peasy.

So we’ll list what you need for the parfait first. There’s also a printable recipe down at the bottom. However, if you’d like to make some homemade cranberry sauce or cinnamon apples, we’ve included the recipes for those in the post as well. You won’t need all of either of those recipes to make parfaits, but they’ll make yummy sides for your Thanksgiving or Christmas dinner. Then, you can enjoy the parfaits for dessert! 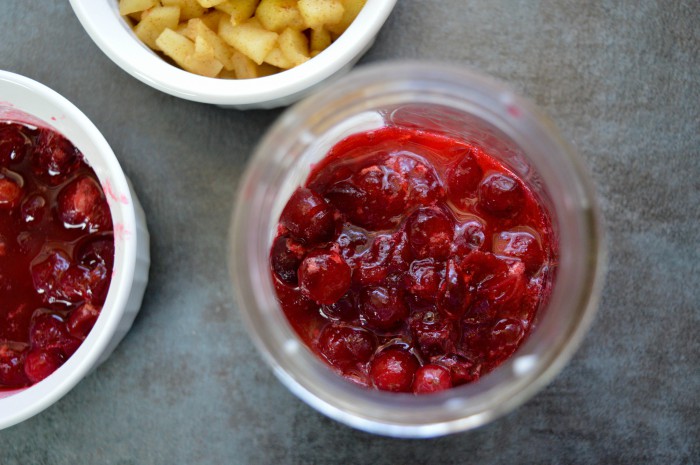 1. In a large pan, bring water, orange juice, and sugar to a boil. Add in cranberries and cinnamon, continue to boil for 5-7 minutes. Stirring occasionally. Once cranberries have all opened, remove from heat and chill covered for three hours. (Sauce will thicken.) 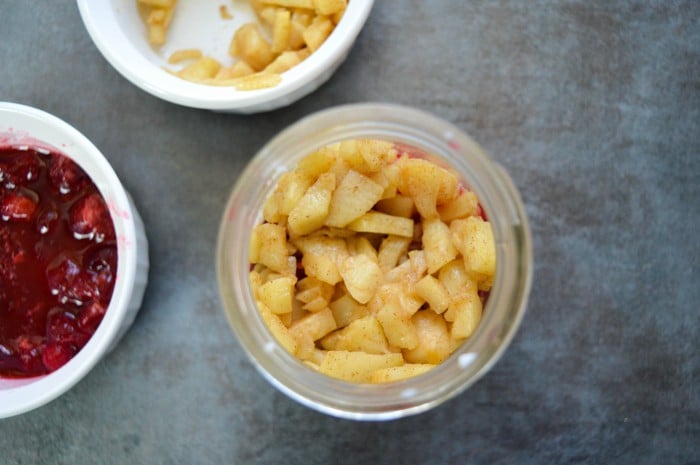 In a pan over medium-high heat, add butter. Once the butter begins to melt, add in apples and cinnamon. Cook for 4-5 minutes, stirring occasionally until apples become tender. Remove from heat. 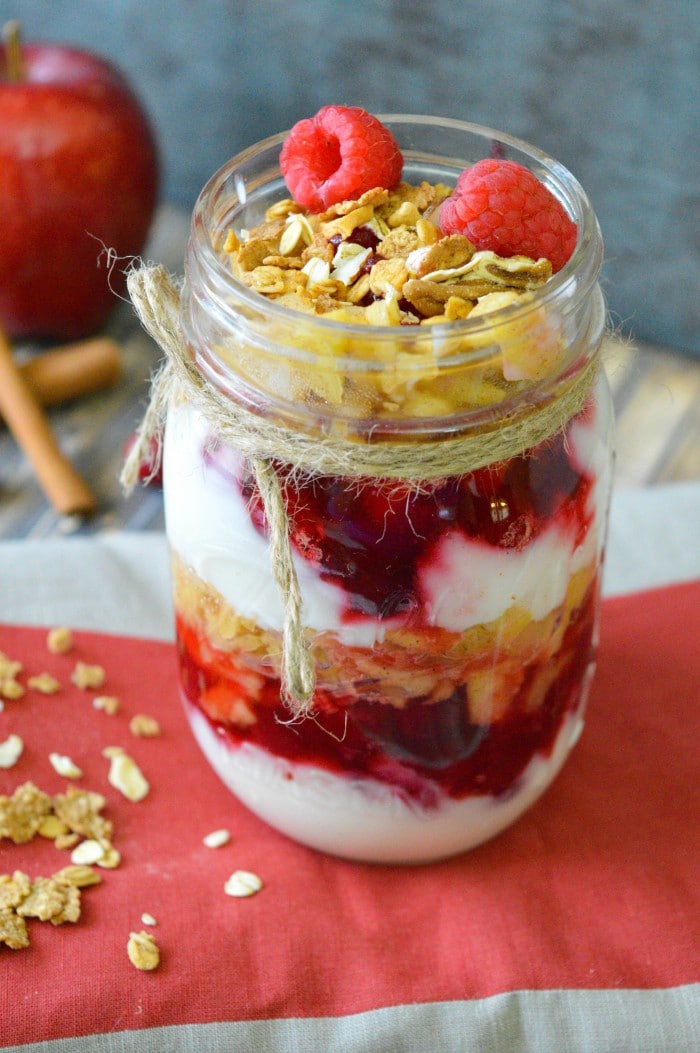 For more delicious cranberry recipes, check out these posts:

And one beauty recipe from my friend Kristi at The Classy Chapter!